Located in the heart of Central Java approximately 38 kilometres from Semarang city and on the slopes of mount Ungaran, mount Kendalisodo and mount Telomoyo is the breathtaking Danau (lake) Rawa Pening. The lake resides in the volcanic Ambarawa Basin between Ambarawa and Salatiga, covering a surface area of 25.0 to 26.7 km2. Providing a source of fishing and irrigation for farming around the area the lake is also essential to flood control and hydroelectricity for a neighbouring power station.

In recent years Rawa Pening lake has suffered major degradation to the quality and quantity of its water table caused by the rapid increase in population, land conversion and erosion. One of the main factors affecting this basin is the increasing amount of sedimentation being deposited into the lake at nearly 780 tonnes per year. This has been attributed to the overabundance of aquatic plants that specifically the eceng gondok (E. Crassipes) that take root within the large amount of peat under the lakes surface causing floating islands to appear.

The presence of the eceng gondok not only has negative effects on the continued existence of its aquatic animals but also to those whose livelihoods stem from the lake and their ability to utilise its benefits. Covering most of the lakes surface these floating islands block local fisherman from accessing vital fishing areas and intrude on existing and potential aquaculture hurting the local economy and individual’s livelihoods. The existence of floating warungs are also under threat due to the spread of this aquatic plant often pushing them out of their fixed positions often drifting into these floating islands causing them to become unbalanced and dangerous. If this spread of aquatic plants cannot be controlled, scientists from the Diponegoro University speculate that by 2021 the lake could dry up and be transformed into a land ecosystem. 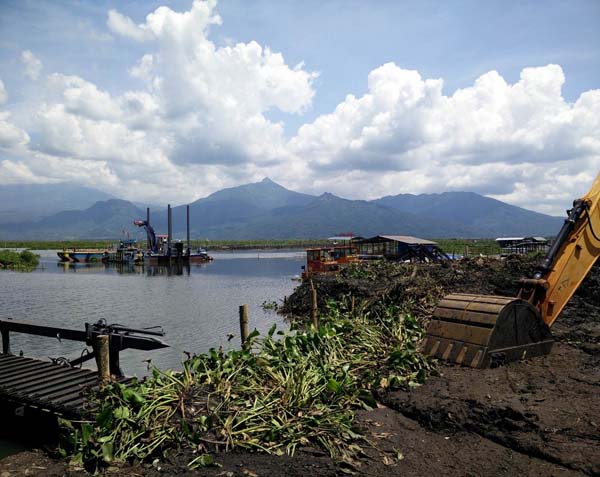 This is where local governments, universities and non-government organisations such as Rumah Energi have stepped in to try and ensure the survival of the lake and for those who depend on its continued prosperity. Funding provided by the University of Diponegoro in Semarang was used to construct five reactors to provide sources of power for households and warungs located around the lake. The biogas reactors designed by Rumah Energi and their partners can utilize the eceng gondok to produce domestic biogas that power stoves, lamps, generators and other household appliances. 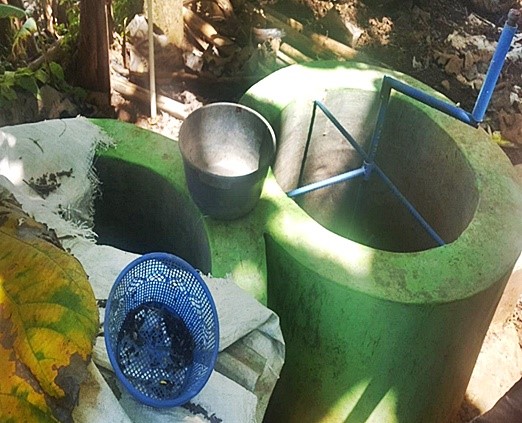 It has been almost one year since the proposed sites for reactors around the lake had become a reality and we were fortunate enough to visit one of these located a short distance from the water’s edge. The reactors in this area were built to be used specifically for eceng gondok and consisted of two inlets, a digestor, an outlet and a bio slurry pond for use in agriculture, horticulture and aquaculture. The site that we visited was in appearance not unlike any other warung that I had seen before and bore the trademarks of a family owned and operated business with the sounds of children and customers echoing throughout. They specialised in traditional dishes such as gado-gado which consists of rice, vegetables and peanut sauce along with providing hot beverages such as jasmine tea and coffee. 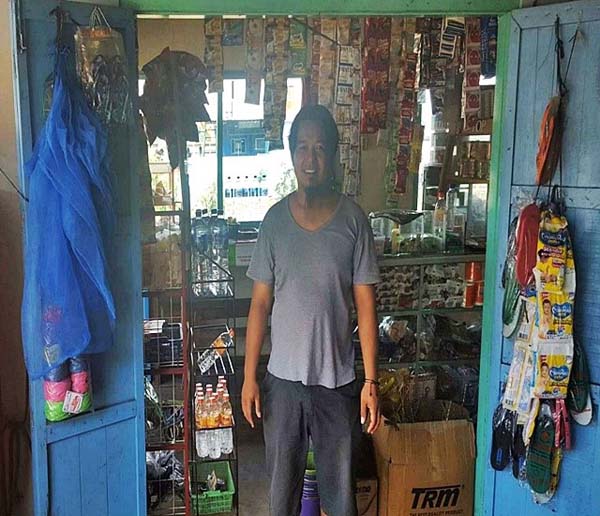 However, under the surface this was unlike other warungs as the owner had been able to discontinue using LPG and convert completely to the use of domestic biogas being produced by his family’s reactor. To produce 4-5 hours of gas power per day the family must collect 10 kg of the eceng gondok and dice it up in preparation for the first stage of fermentation. This is easily achieved from the stockpiles of eceng gondok that are removed each day by government funded machinery and laid to rest nearby the lakes edge. With the introduction of Rumah Energi’s BIRU (Biogas Rumah/Domestic Biogas) program there is now the possibility for families and businesses to benefit from this plant in the form of renewable energy and provide them with a clean source of energy.

It was inspiring to see how the local government, universities and non-government organisations like Rumah Energi had come together to help ensure the survival of the lake and its surrounding communities. The success of Rumah Energi’s program at Rawa Pening lake was evident in the ways that it had positively impacted on the family’s warung and the community by turning a problem plant into a renewable source of energy and income. There is a hope that this project will be seen and accepted by other families in the area and that in future many more reactor sites can be established. (Matthew Owen)