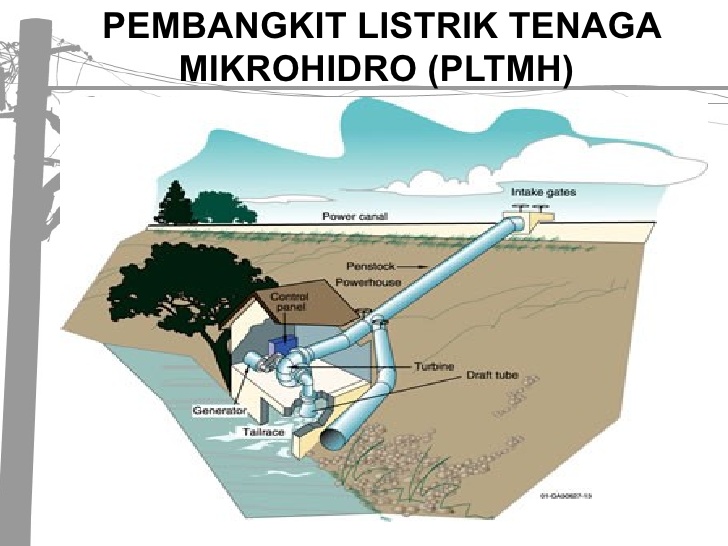 Indonesia is in the worldwide view the fifth biggest emitter of green house gases.[1] The reason for ties amount of green house gas is the way how Indonesia produce his energy. More than 96% of the energy production come from conventional energy. Only 4% will produced renewable.

Among other reasons Indonesia feel the strong effect of the climate change: increasing extreme weather for example: long dry periods during the summer. So it is easy for the burning forest to spread out and get bigger more and more every year.[2] Also the farmers harvest more less or need a lot of water for their fields.

If you want to use the hydro power than you need a river. Either you use the high ore the speed from river for producing energy. The water possesses kinetic or potential energy and staggered a body of revolution into rotation. This is only possible with resistance attached on the body of revolution. The resistance should be use the whole hydro power if possible. So the generator produce efficient electricity from this rotation movement.

Micro hydro power plant are able to produce 5 – 100 kW of electricity and mostly used by households. The main different between the types of plants are the different drop height ore speed of the water flow before it enter the generator.

Thies type works most effectively above 20 m between the starting point of the flow and the turbine. So to be sure that you have enough water speed.

You have a round disc with splited buckets so the water does not prevent the rotation of the circular disc. After the water comes out of the turbine the speed is slow now

The different between Pelton turbine and Turgo Turbine is the speed from the water which comes out of the jets a way faster. Furthermore the size of the incoming water is smaller. With ties advantages you can run the micro hydro power plant effectively to a generator.

But it is also more expensive to install and the lifespan is no that long.

You can install the crossflow turbine only horizontal so you didnt need a fast speed of water flow.

They have a long live span because it cleans by themself, it is easy to build and for this reason its cheap. This also mean that the efficiently is not that high like the other turbines

It is not possible to build hydro power without destroying a place in the nature. But for micro hydro power plants is the intervention not so big. Nevertheless you change the speed of the water flow, water level or change the life hood of the fishes. flow. After that you get problems with you generator to produce electricity. 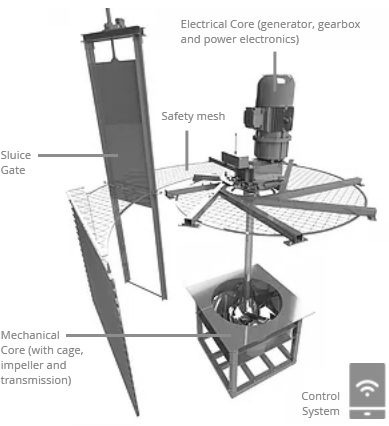 the company „turbulent.be“ installed in a project at green school in Bali Vortex turbine. The school used a near river to produce 13 kW electricity for hundreds of students and local farmers. The water hight is only 1.85 m and the micro hydro power plant is very quiet. After 4 years the school get the money from the invest completely back.[7]

Another example is the Reno village on Flores which gets the consistently electricity for 134 homes from a micro hydro power generator. This is possible with the help from the church and the village members what means that each family have paid 2 million rupiah.[9]

the cost of a micro hydro power plant is mostly dependent of the location where the generator should be installed.

The Electrical Engineering portal compared for this question five examples in different countries. In Nepal, Zimbabwe there was the cheapest micro hydro power plant for $714 for the complete plant. The highest price for a plant was in Mozambique for $1.233.

If Indonesia want to change their energy availability into a more green and renewable energy production then no one else leads away from hydropower. Especially to support the rural areas with electricity, micro hydro power plants are a green assessment. These types of hydro power is cheap, lengthy and ecological useful.

But should Indonesia want to go this way, then the government have to support a lot more hydro power for user and the innovation fore experiments and new models. Further the people should be more keen to experiment and use the complete potential from the water power that they get for free.