Press Conference: Solution to the Complexity of Organic Waste in West Nusa Tenggara with Biogas 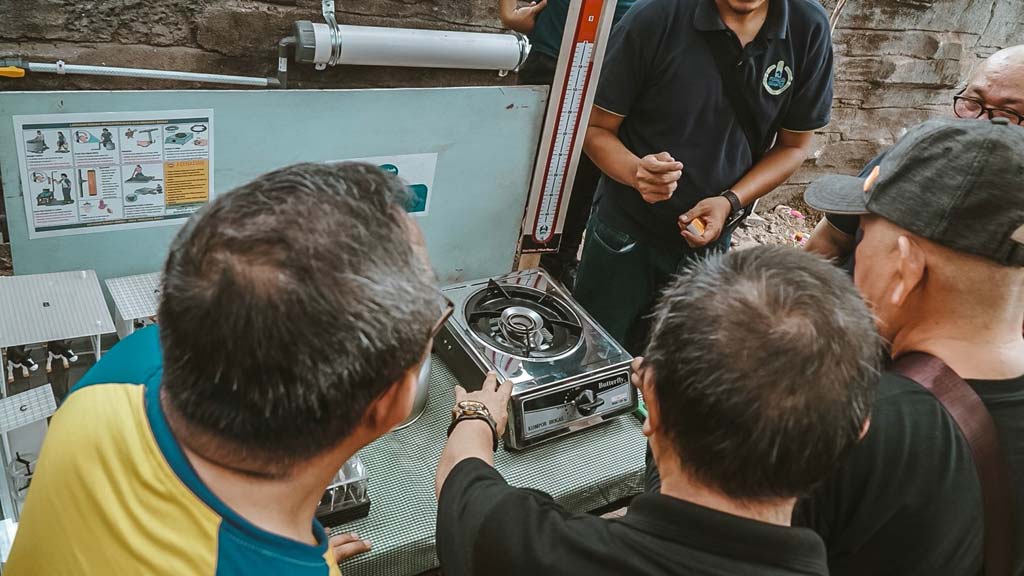 Mataram, November 10, 2019 – Campaign for minimal waste or known as zero waste has been launched by the Deputy Governor of West Nusa Tenggara (NTB) as a form of concern for the environment. New hope for the people of NTB in sorting and managing waste from homes with biogas in the “6 Years IBRA Community Towards Zero Waste NTB with Biogas”. Rumah Energi cooperates with Ini Baru Banjar (IBRA) community in the inauguration of a mini-home biogas (BIOMIRU) in one of the Banjar Village residents’ homes as a form of IBRA’s 6th anniversary celebration of environmental preservation in NTB.

“IBRA always wants to do something for the environment, especially in managing waste from upstream, that is, people’s homes. With the existence of this BIOMIRU product, it can help residents to get involved directly in waste processing, “said Baiq Indraningsih, as IBRA Coordinator.

Waste processing can be done by users or users of BIOMIRU by entering kitchen organic waste into bio digester which will later become gas for cooking. BIOMIRU as a solution for processing organic waste at home brings many benefits not only in efforts to reduce waste or zero waste. With a total of 115,000 beneficiaries of biogas in 11 provinces since 2012.

“Not only helping NTB residents in waste processing, the biogas program also opens new jobs for residents who intend to promote or become our development partners called construction partner organizations or CPOs. We also conduct ongoing training for our CPO to help them continue to grow, “continued Rebekka Angelyn, Executive Director of Rumah Energi.

The complexity of the waste problem has become a challenge that must be resolved immediately by the government and local residents. Based on a statement from Irwansyah, Secretary of the Office of the Environment (DLH), every day the city of Mataram has produced around 300-400 tons of waste, of which only 80% is allocated to the landfill. Meanwhile, the remaining 20% ​​will end up in waterways, rivers, landfills or burning resulting in environmental pollution and climate change. A total of 11 tons of waste is organic waste that can be processed into biogas. This proves that the potential of biogas to be an NTB zero waste solution is huge. Especially with the enthusiasm of citizens who support new innovations for waste management from their own homes.

Rumah Energi collaborates with those who work hard in solving climate change issues in the field of waste management, nature conservation, and environmental care, namely IBRA, Foraji Mohammed Roliskana Forkoment Advisors, and BWS NT I in the inauguration of biogas in Banjar.

Rumah Energi works for the people of Indonesia by becoming a non-profit institution that focuses on developing and spreading the use of renewable energy. Since November 2012, Rumah Energi has consistently been socializing and marketing household-scale biogas through the Blue Program (House Biogas), which currently reaches more than 24,300 biogas units in 11 provinces in Indonesia in collaboration with more than 50 partners (CV, NGOs, cooperatives or joint ventures) Community). Through the implementation of various programs, Rumah Energi has proven to the Indonesian people that biogas technology is very effective in increasing (i) community access to clean energy, (ii) access to high quality organic fertilizer, (iii) access to multipurpose waste treatment facilities . Achieving the target of adopting biogas technology will be an example of a road map that will be adapted by Rumah Energy to encourage other renewable energy sectors such as the Solar Home System and Bioenergy.