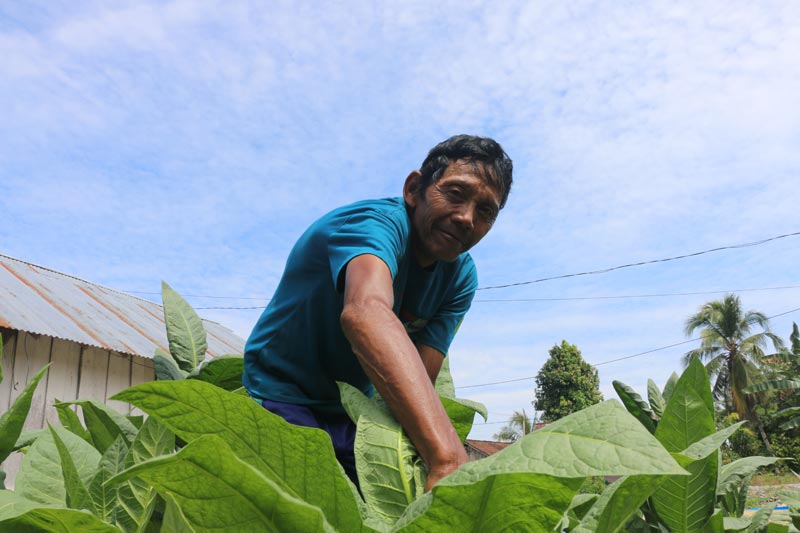 Agriculture is one of the sectors that feels the most impact from climate change. As we know farmers depend heavily on the weather or climate for the agriculture that they manage. However, global warming that triggers climate change makes farmers sometimes have to lose money due to suboptimal yield or even crop failure.

Pak Kasijan is a farmer who is able to adapt to climate change. The farmer from Slamet Harjo Village, Moilong Subdistrict, Banggai Regency, Central Sulawesi, whose main occupation was to farm rice and raise cattle. The impact of climate change often affects agricultural output, especially rice, due to rainfall factors that are difficult to predict and other factors such as pest attacks.

Even specifically to deal with rat pests in their fields, a variety of ways have been done. Starting from making a mouse trap, to stun. According to him, the mice also adapted to the ways of the farmers to eradicate it. 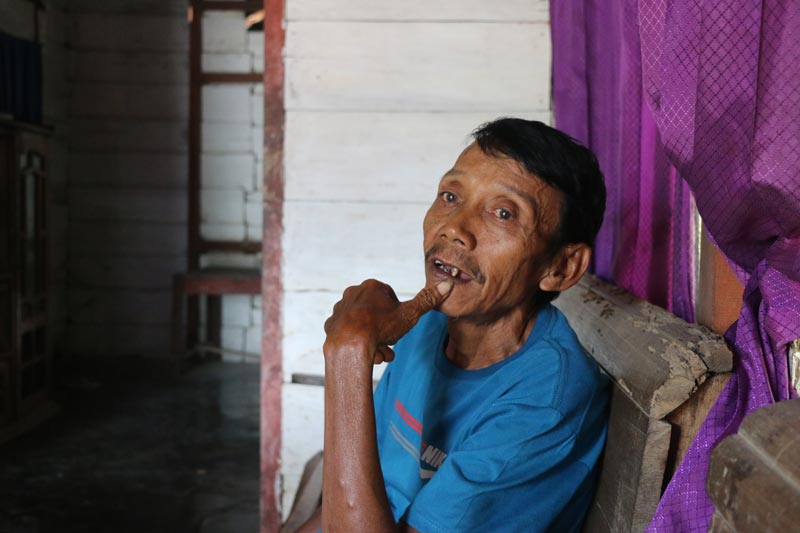 Not only that, the erratic rainfall factor is another problem that requires extra effort to work around this. In the dry season, for example, farmers usually use a vacuum machine to irrigate rice fields even though it is not enough because not everything can be reached. While in the rainy season they must be vigilant because geographically Moilong District is prone to flooding.

“Here, the rain is erratic, sometimes the soil in the fields is dry. But once it rains heavily and for a long time, until the floods in the fields are also flooded.”

Mr. Kasijan did not want to just surrender to the situation. He tricked the crops that were less than optimal with tobacco gardening. While the price of grain that he sells at Rp 100,000 per sack at a certain time the price can be low due to poor quality caused by pest attacks. Therefore, he planted tobacco around his yard in the hope that it could cover the loss of his rice crop. The tobacco commodity itself is sold at Rp 10,000 / ounce or Rp 100,000 / kg, whereas when it reaches the market the price of tobacco can even reach Rp 140,000 / kg.

Not without planning, this agricultural adaptation strategy he did was indeed a solution for him. Especially after he learned about the use of bio slurry which is a waste of biogas that he has been utilizing so far through the Productive Economic Zone Development Program in collaboration with Pertamina Medco E&P Tomori Sulawesi with the Rumah Energi Foundation. According to him, tobacco plants which were given bio slurry fertilizer had a very good impact on their tobacco plants.

“Since I use bio slurry, my tobacco plants have become fat, it feels very different when I don’t use bio slurry before. That’s for the dry one. I use liquid bio slurry to spray tobacco so that there are no pests. ”

He uses bio slurry not only for soil fertility when he wants to grow tobacco, but he also uses liquid bio slurry which has been mixed with other substances to repel pests orong-orong (small insects) by spraying them at night. He said, the insect is not visible if during the day, so spraying is done at night because the insect looks lit at night.

Even though tobacco farming is not a priority for him, the benefits he receives can at least cover the losses due to less than optimal rice harvest. Apart from that, from Mr. Kasijan we learn how the ability to see opportunities from an unfavorable condition is an important factor in carrying out agricultural adaptation.