Abundant Odot Harvest, Businesses That Develop Thanks to Bio-slurry 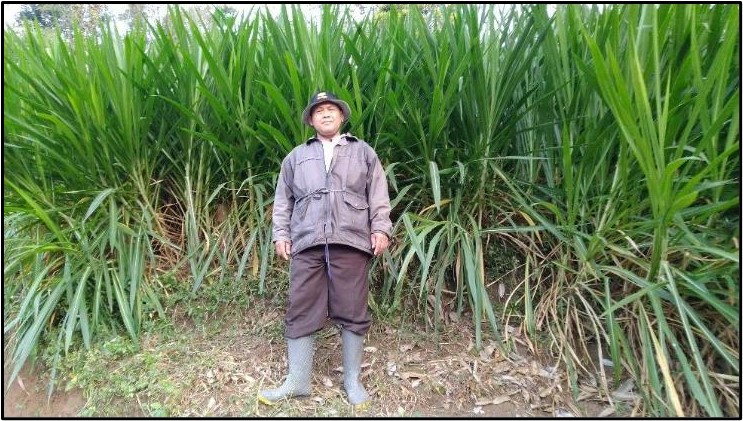 Who would have thought that building biogas would provide abundant blessings for business. That is what Agus Purnomo feels as a biogas user who works as a dairy farmer from Ringinagung Hamlet, Medowo Village, Kec. Kandangan, Kab. Kediri. Agus uses bio-slurry in planting odot grass (Pennisetum purpureum cv. Mott), in an area of ​​± 4 hectares.

Starting from Agus, Wanto, who was interested in building biogas, so it was finally implemented. Agus also saw bio-slurry or biogas waste that he could use especially for his odot plant. Bio-slurry is known as a natural fertilizer that can make plants bushier, have higher quality, and also improve the land. In addition to obtaining bio-slurry from his brother’s biogas unit, Agus also uses bio-slurry from another user in the area, Benua.

To fertilize an area of ​​1 hectare, Agus needs ± 30-35 tonnes of dry bio-slurry. Fertilizer is applied once before planting odot and then given again after 2-3 years. For bio-slurry fertilizer, besides being obtained from the 2 existing digester units, Agus also buys biogas users from KUD Kertajaya members. Agus bought 1 sack of solid bio-slurry weighing 30-40 kg for IDR 5,000 / sack.

Simple analysis of Pak Agus’ odot grass business with a land area of 1 hectare for 1 year with 4 times the harvest: 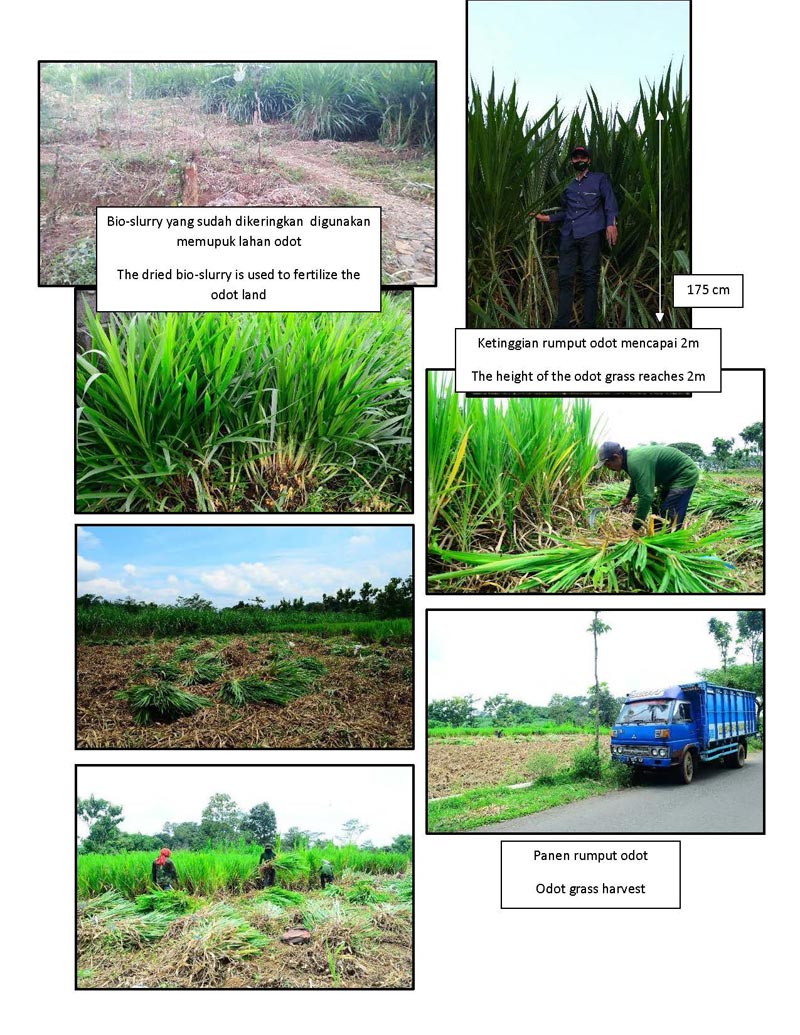