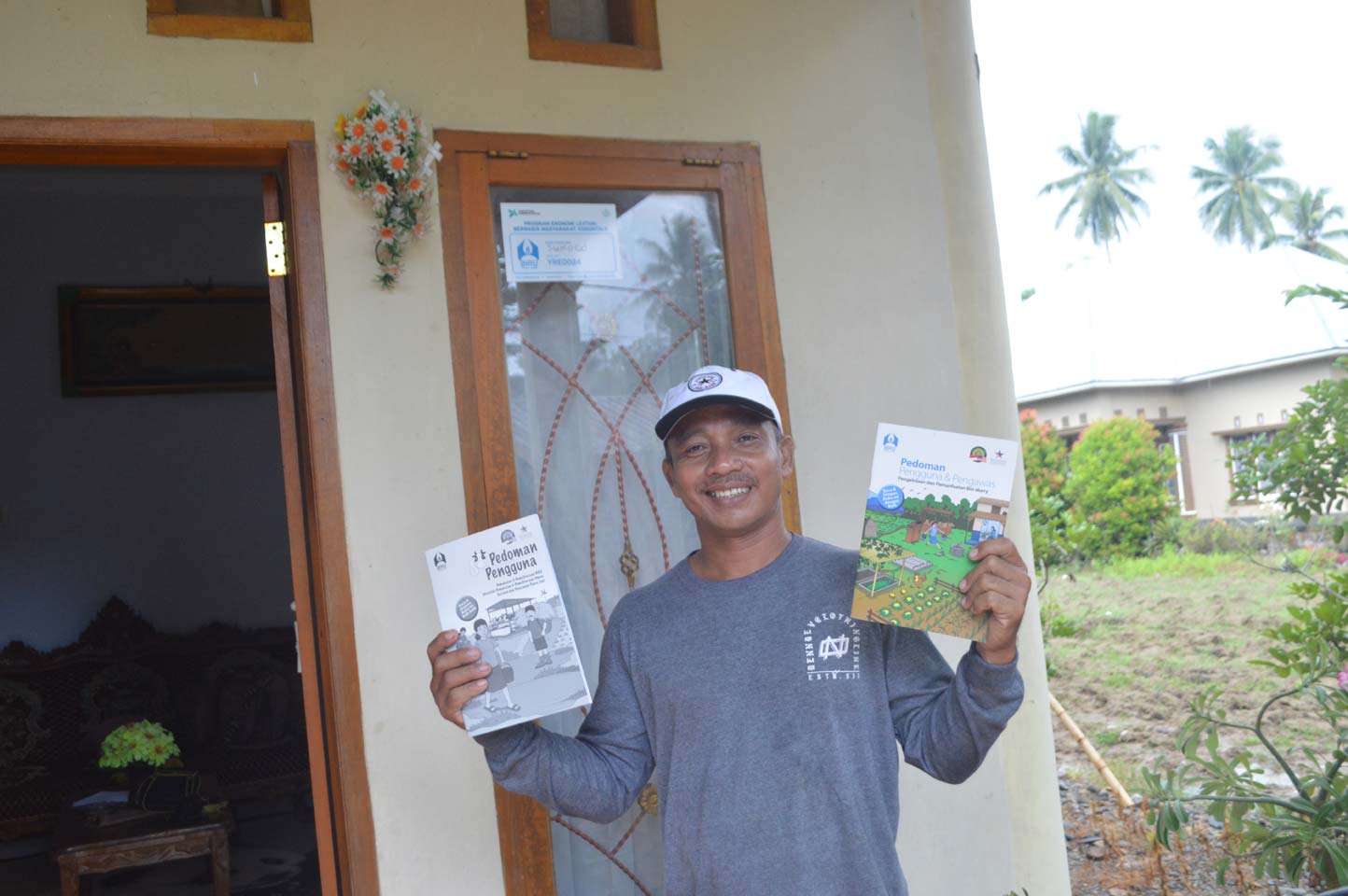 Coconut and corn plantations have become a reflection of people’s lives in Gorontalo Regency because both of which have become the main source of income for the community. Apart from these two commodities, the people of Gorontalo are also familiar with animal husbandry and are accustomed to herding cows that are kept in coconut and corn plantations, especially after the corn harvest season. However, this does not mean that Gorontalo Regency only prioritizes the intensification of plantation, agricultural and livestock products by ignoring environmental conservation. Together with 11 other regencies in Indonesia, Gorontalo Regency is collaborating together in the Lingkar Temu Kabupaten Lestari (LTKL) forum to realize integrated, sustainable agriculture and protect the environment.

LTKL together with Yayasan Rumah Energi, conducted a trial to implement a sustainable economic scheme with biogas as the driving force with the theme “Community-Based Sustainable Economy” which is expected to support and provide acceleration to link the potential of livestock, agriculture, and plantations in a low circular economy system. carbon. Together with Gorontalo Regency Government, represented by the Regency BAPPEDA, a trial run of 8 biogas digester units with a capacity of 4 m3 was built in three sub-districts: Boliyohuto, Bongomeme, and Tibawa. This trial has three objectives; to introduce biogas-based agriculture and plantations to the community, create figures who will become central figures in disseminating this information, and explore the readiness and challenges in the community in accepting the long-term program.

“Now it is difficult to find fertilizer, especially when I plant kale, it takes a lot. If it’s just expensive, maybe you can still buy it, but what if you don’t have the goods? Luckily I was able to use the fertilizer from biogas,” explained Ade Sunaryo, who is familiarly called Mang Dede as one of the beneficiaries. In line with Mang Dede’s expectations, Saimin was also forced to plant sugarcane with one fertilization, ideally twice.

In addition to building biogas installations, YRE in this trial opened up job opportunities by conducting on-job training to local builders, for example Agus and Salim Mohammad, two local builders who were also involved as potential expert builders. Although he has not yet received a theory in the construction of a biogas digester, Salim seems deft in following directions from Mason Group Regol, who has experience in building a BIRU digester in Lampung. He has even participated in the demolition of the dome mall and the dome lining which is the most vital part in the digester construction process. It is hoped that these local builders, such as Agus and Salim Mohammad, will become the spearhead in implementing the program proposed to the Green Climate Fund.