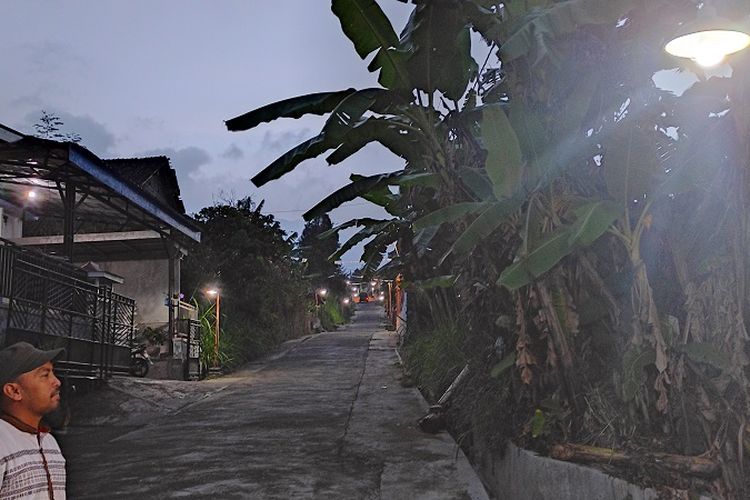 Desa Mandiri Energi (DME) Gedangan Village is a group that promotes the transition and independence of renewable energy based on energy, especially from biogas, in Gedangan Village. There are 30 lights whose electricity is sourced from biogas.

The 30 installed lights are all electrified from biogas power plants (PLTBg). The biogas fuel to power the PLTBg comes from Supomo’s 8 cubic meter biodigester, which was built, accompanied and subsidized by Yayasan Rumah Energi.

“Although biogas is used for PLTBg, the rest of biogas is still enough to be used for our family cooking. This PLTBg is turned on every six hours. Every time it lights up, it’s an hour,” said Supomo, Chairman of Desa Mandiri Energi (DME) Gedangan Village.

When calculated roughly, referring to the basic electricity tariff, the potential savings are around IDR 7,223 if used for one house if the electricity consumption is 5 kilowatt-hours per day.

When used for street lighting such as in Dangean Village, the potential savings are divided equally for each house. Out of the 30 lights installed, some are powered by 12 watts to 18 watts. If the average lamp installed is 18 watts with a light flame of about 12 hours, then the electricity consumption is 6.4 kilowatt-hours.

With the same basic electricity tariff reference, which is IDR 1,444.70/kilowatt-hour, the potential cumulative savings are around IDR 277,328 per month. Another benefit obtained from the PLTBg is that in the event of a power outage, the 30 lights remain on and illuminate Dangean Village.

According to Supomo, biogas for cooking is also being launched in his area. In Daengan Village, there are already seven biodigester units owned by cattle farmers there. Recently, Gedangan Village won the third place in the Central Java Energy Independent Village Award.

The small-scale PLTBg is very effectively implemented for inland areas where the majority of the population has large livestock. In addition, the emissions generated by PLTBg with other power plants are very low. 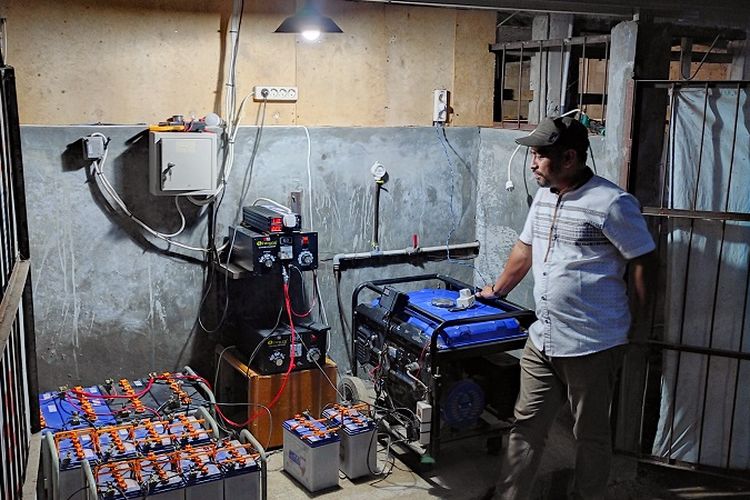 This article has been published on Kompas.com with the title ” Lampu Jalan di Desa Kami Ditenagai Listrik dari Biogas” (Bagian 1)”, Click to read.